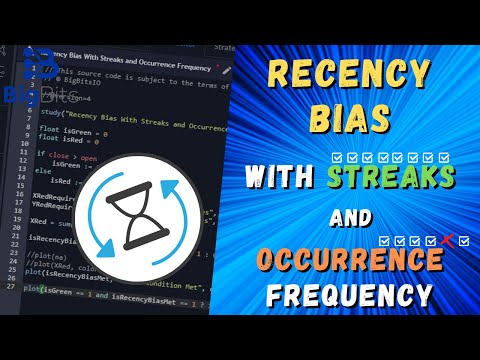 Recency Bias With Streaks and Occurrence Frequency: In this TradingView Pine Script Tutorial/TradingView Update, we discuss how to create a bias for recency in your indicators by creating logic that is super simple to check for streaks of certain conditions with certain lengths and to also check for certain occurances with a certain frequency within the last number of candles. With Pine Script it is very easy for even beginners to create their own indicators or strategies that have many other indicators within them. Once we have completed the script, we can see our results immediately and begin working with more functions, indicators, and strategies.