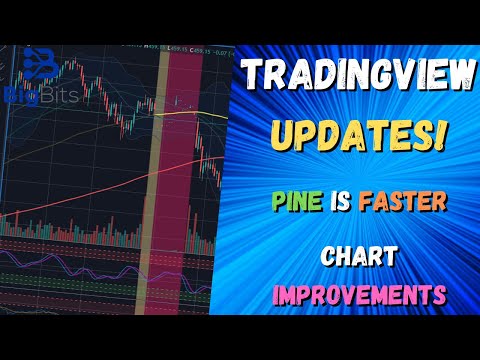 Pine Script and Chart Improvements on the Latest TradingView Updates!: In this TradingView Pine Script Tutorial/TradingView Update, we discuss some of the major updates recently introduced on TradingView. Pine was just improved to improve it’s compiling speed so that users can get back to working quicker. Also, charts have been improved to have a few new features with broker interactions and pre-post market data. With Pine Script it is very easy for even beginners to create their own indicators or strategies that have many other indicators within them. Once we have completed the script, we can see our results immediately and begin working with more functions, indicators, and strategies.

Why TradingView Data May Not Always Be Accurate (OHLC Built-ins vs. Chart)

TradingView Mistakes and Friendly Tips That Can Make a Huge Difference