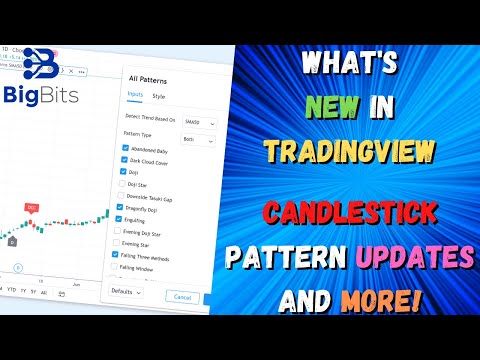 Candlestick Pattern Indicator Updates and More! What’s New in TradingView: In this TradingView Pine Script Tutorial/TradingView Update, we discuss all of the many updates in TradingView recently including the candlestick pattern updates, rectangle extensions, and also some key updates to Pine as well. With Pine Script it is very easy for even beginners to create their own indicators or strategies that have many other indicators within them. Once we have completed the script, we can see our results immediately and begin working with more functions, indicators, and strategies.

Why TradingView Data May Not Always Be Accurate (OHLC Built-ins vs. Chart)