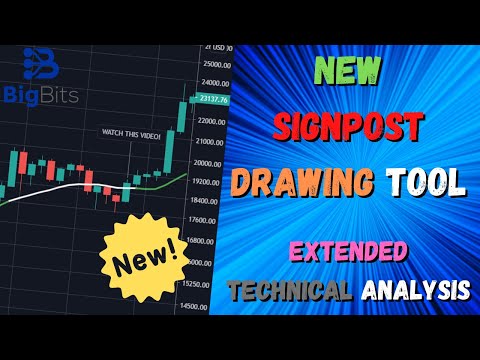 New Signpost Drawing Tool on TradingView and Extended Technical Analysis on Bitcoin and More!: In this TradingView Pine Script Tutorial/TradingView Update, we discuss the brand new TradingView drawing tool called the Signpost. This tool allows you to display a label that connects as if a signpost on top or below any particular bar on a chart. With Pine Script it is very easy for even beginners to create their own indicators or strategies that have many other indicators within them. Once we have completed the script, we can see our results immediately and begin working with more functions, indicators, and strategies.